Spending time with over 65s can help young people

Loneliness is a growing concern, with 100,000 older people in Scotland feeling lonely most or all of the time. But, it’s not just the older generation that will benefit from spending more time with others, as Edinburgh Live reports it may be the best form of therapy for young people.

This theory is based on a recent study conducted by YouGov, which reveals 62% of young people feel either proud, happy or inspired when they spend time with someone aged over 65. The study was commissioned by Age Scotland, a charity that works to improve the lives of older people.

Age Scotland’s latest campaign, entitled #ShareWhatYouLove, aims to encourage people aged between 18-34 to get involved in the fight against loneliness. Older people can feel isolated for a variety of reasons, they may struggle with low mobility and have to rely on straight stair lifts, or they might lack the confidence to attend social events by themselves. No matter the reason, feeling lonely is a massive health concern, it can even be as bad to someone’s health as smoking 15 cigarettes a day.

By launching the campaign, Age Scotland aims to cut the number of people who feel isolated in half by 2025. It asks people to share something that they love doing with an older neighbour, relative or acquaintance. This will give an older person a chance to go out, socialise, meet new people and feel they are a part of society.

Brian Sloan, chief executive of Age Scotland, said: “Some often make the mistake of focusing on the age gap between generations, while our findings show that there is a far greater connection linking younger and older people in Scotland.

“There is also a perception that young people are obliged to spend time with older friends or relatives when it is actually just as enriching an experience for them and they are happier, prouder and generally more inspired.”

Whether it’s walking the dog, baking, going to the cinema or on a day out, why not invite an older relative or neighbour and brighten up their day as well as your own. 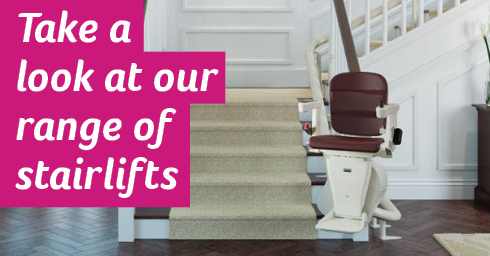